With the rise of affordable streaming services like Netflix, Disney+, and Hulu, we’ve seen a significant reduction in piracy over the past several years.

But, for those that still engage in piracy, there’s no doubt that torrenting is the key that makes it all possible. If you’re not familiar with torrenting, it’s basically a file distribution system that makes it extremely difficult to shut down piracy.

Instead of downloading a file from a central server, with torrents, you download the file from thousands of other people who have already downloaded the file themselves. So, piracy sites like The Pirate Bay and KickassTorrents don’t actually have to host the files themselves.

They just have to host the torrenting links that connect pirates from around the world.

So, if prosecutors takedown a certain piracy website, the hosts of the website just have to upload the links to a new website which is no more than a few gigabytes. In other words, they don’t have to move the exabytes of data associated with the links themselves. This ease of moving websites has made it impossible to shut down large websites like The Pirate Bay, as they can just constantly move websites
thanks to torrents.

As you would guess, prosecutors and copyright holders aren’t exactly big fans of the man who invented torrents: Bram Cohen, but at the same time, they can’t do anything about it. So, here’s the story of Bram Cohen and how he accidentally invented the soul of piracy. 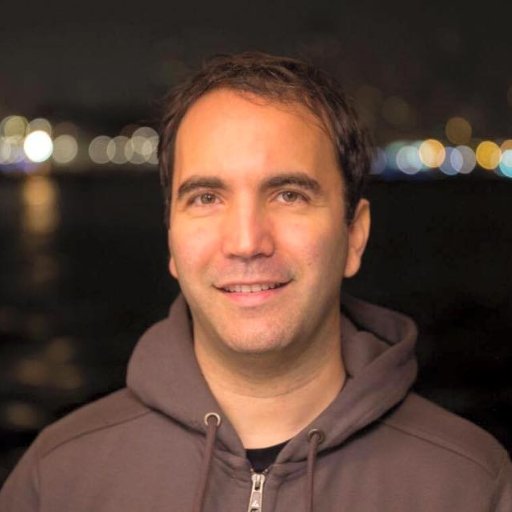 Taking a look back, Bram was born on October 12, 1975, in Manhattan, New York. His father was a computer scientist and his mother was a school teacher, so it looks like the family didn’t have too much trouble financially. From a very early age, it was clear that Bram wasn’t like most kids. He had rather mature interests and excelled at STEM-related competitions. For example, when he was just 5 years old, he was trying to learn the programming language

And let’s not forget, when Bram was 5, it was 1980. Even today, a 5-year-old learning computer science would be quite impressive, but given how much exposure children have to technology today, it would make a lot more sense. Back in 1980, the average person didn’t even know why they needed a computer in the first place.

Aside from an interest in programming, Bram participated in several competitions such as the USA Math Olympiad. Despite this inclination towards academics, it doesn’t seem like Bram was that sold on the idea of school. He didn’t stack on degree after degree like many other geniuses. Instead, he attended the University of Buffalo, and as soon as he started getting job offers, he left and never looked back.

Bram’s career throughout the 1990s wasn’t that stable though. It’s not clear if Bram couldn’t qualify for a job at a big tech company like Microsoft or Cisco or if he was trying to hit it big with a startup, but either way, this forced him to constantly switch jobs as each startup he worked for went under. While the startup world wasn’t too kind to Bram, it did provide him with unique concepts and ideas, and this was especially true with his last job at MojoNation.

MojoNation was trying to create a decentralized method for safely storing and distributing confidential files.

The idea was that encrypted chunks of the original file could be spread across multiple computers.

It’s not clear if this decentralized encryption method ever caught on, but this idea did inspire Bram who thought that it was perfect for file sharing.

In April of 2001, Bram went ahead and quit MojoNation determined to bring his file-sharing idea to life. Over the next year, he programmed the first BitTorrent client which ran on Python. Soon enough, Bram completed a beta version of the software that worked alright, but Bram was well aware that the key to success was not the program itself but getting people to see it. So, he worked with his roommate, Len Sassaman, to create a tech conference that you might’ve heard of: CodeCon.

Since then, even people as notable as Sergey Brin and Elon Musk have presented at CodeCon. But Bram and BitTorrent were the stars of the first CodeCon. This presentation allowed Bram to create some hype within the tech world, but this was not exactly his target audience per se. So, Bram developed a new idea to attract users. In the summer of 2002, Bram went out and got some adult films and offered them for free on BitTorrent. This strategy was surprisingly effective, but Bram didn’t want to be known as an adult film distributor.

So after he built up a solid base of users, he stopped seeding these films. By this point though, many BitTorrent users started to realize the true potential of the program. Nowadays we have extremely reliable cloud storage platforms like Google Drive and Mega which allow users to download gigabytes worth of files in a matter of minutes.

But, back in the early 2000s, moving around such large files was not only difficult but expensive due to the storage and bandwidth requirements.

So, no one wanted to host such files. With BitTorrent though, no single person had to host the files. Instead, hundreds or even thousands of users could host them. And given that average people aren’t charged for their bandwidth usage, this was basically free for most hosts. Considering these perks, I don’t think you’d be surprised to hear that BitTorrent became the go-to place to share and download large files.

No, the most common files that were large enough to require BitTorrent were movies, games, and software. And as users started to realize how easily such files could be shared using BitTorrent, the program quickly became the sole of piracy.

Given BitTorrent’s major role within piracy, it’s not surprising that BitTorrent was a massive target for prosecutors. But the problem is that they couldn’t really charge BitTorrent or Bram of copyright infringement. Bram has made it clear that he didn’t create BitTorrent for piracy.

His main goal was simply to allow users to share and download large files cheaper, faster, and more efficiently than ever before. And it just so happens that the community
started using it for illicit activities. So, given that there was no conspiracy to commit copyright infringement, prosecutors can’t do anything.

It would be like the FBI taking action against Facebook because scammers are using WhatsApp to conduct Bitcoin scams. With that being said though, piracy is a way bigger part of BitTorrent than Bitcoin scams are of WhatsApp.

So, prosecutors were constantly looking for ways to build a case against BitTorrent. But, Bram was well aware of this and he was sure to play it safe legally. He didn’t pirate himself, he didn’t encourage
others to pirate, and he constantly tried to make BitTorrent more applicable to other use cases as well. So, this was Bram’s legal stance on the piracy issue. His moral stance, however, is a lot different. Bram believes that copyright holders need to get a life a stop going after every medium that inadvertently enables piracy.

He argues that if copyrighted content was offered in an affordable and easily accessible way, people would have no reason to pirate content. And this does make sense given what happened to the music industry. Back in the 2000s, it was extremely common to pirate music to put on MP3 players and iPods.

But, with the explosive growth of services like YouTube, Spotify, and Apple Music, music piracy has significantly declined. I mean, why would you want to go onto sketchy websites and risk getting a virus when you can legally listen to any song on YouTube or Spotify for free with ads or for a reasonable fee without ads. So, I do think Bram’s argument makes quite a bit of sense, but this didn’t stop copyright holders from trying to fight back anyway.

Since copyright holders couldn’t directly shut down or convict BitTorrent, they decided to go after the ones that were sharing the content themselves. Initially, BitTorrent was slightly involved in this given that there were links to copyrighted material on BitTorrent’s official website. But, in 2005, Bram made a deal with 7 American studios that he would remove all piracy-related links from the website. This led to the rise of sites like The Pirate Bay and KickassTorrents.

I have videos about both these sites if you’re interested, but in this video, we’ll be focusing on seeders. Seeders are basically the thousands of hosts around the world that are making the content available to pirate. And since copyright holders couldn’t take down BitTorrent, they decided to take down seeders. Copyright holders started finding the IP addresses of seeders and contacting their internet service providers to cut their internet. Considering these consequences, you might be wondering, why would anybody seed content? Well, within the piracy community, it’s common courtesy to seed for as long as you downloaded.

Copyright holders have actually gotten really good at identifying seeders and cutting their internet which has forced most pirates to start using VPNs which is quite ironic. If you’re pirating any amount of substantial content, you’re gonna have to get a paid VPN.

ExpressVPN’s cheapest option itself costs $100 per year. Meanwhile, Disney+ only costs $80 per year. So, clearly, there’s some sort of disparity
going on here if pirates are more willing to pay for a VPN than a streaming service as Bram suggested. Nonetheless, copyright holders have continued to spend a lot of effort in taking down seeders.

For many founders within the piracy community, they have no life after founding the piracy website. Most of them have several charges against them, they owe millions to copyright holders, and/or they’re fugitives on the run. But, given that Bram was always able to stay on the legal side of the law, there’s nothing restricting him, and he used this freedom to move past BitTorrent.

In 2017, Bram founded a cryptocurrency company called Chia Network. One of the main goals of the company was to move cryptocurrency away from proof of work and onto proof of stake. If you’re not sure what that means, it basically means eliminating the need for miners. Chia launched their coin in May of 2021, and it hasn’t been doing so hot.

In fact, it’s down 95% from its peak. But it should be noted that the coin launche date the peak of the altcoin bull market, so overall crypto conditions haven’t been too
kind to Chia. With that being said though, given the existence of much more popular projects with similar goals like Solana and Cardano, it’s not clear if Chia will ever take off. I don’t think Bram minds too much though given that he’s estimated to be worth $15 million. At the end of the day, Bram was the mastermind behind the file-sharing protocol that has made piracy what it is today.

Despite this status within the piracy community, prosecutors can’t really do anything to Bram given that he didn’t create BitTorrent with the intention of pirating nor does he encourage or promote piracy. This has allowed him to live a rather free life relative to other piracy kings, but none of his other projects thus far have achieved similar levels of success to BitTorrent. And that’s the story of the torrenting king that the FBI can’t do anything about. Have you ever used BitTorrent? Comment that down below.